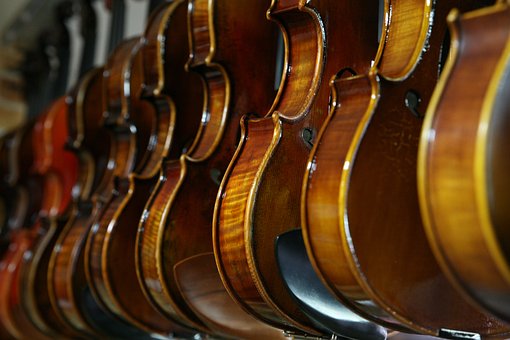 Back when I was in high school (or it might have been shortly after; I do not really remember, and it doesn’t really matter), I got a part-time job in the Don Randall Music Store in Lancaster, Pennsylvania. It was on my very first day that Mr. Randall-in a movement that appeared almost like magic to me-taught me a fantastic lesson.

It was the end of the afternoon, and we had just closed the store and locked the glass front doors. There were only three of us there-myself, another worker, and Mr. Randall-and we had been busy with the typical”end of the day” tasks: sweeping the floors, tallying the registers, etc..

He was kind of shabby looking, and he was carrying a beat-up guitar case. I, looking for a good, policy-following employee on my first day, told him through the glass that we were shut. I was going to repeat that we had been shut but that he could purchase some guitar strings tomorrow when Mr. Randall came up behind me and asked what was happening. Shabby Guy repeated his desire to get some strings.

Instantly, Mr. Randall unlocked the door, saying,”Let’s get this young man some guitar strings.”
Okay, now here’s the part that blew me away. Approximately twenty minutes later, Shabby Guy leaves. Did he have fresh guitar strings?

I looked at Mr. Randall like he was a wizard. In twenty minutes, he’d turned a $5 purchase into a $500 sale-from a man whom I wouldn’t have guessed had more than fifty bucks to his name. Mr. Randall looked at me and said,”Never allow policy get in the way of opportunity.”

Never let coverage get in the way of opportunity.
That is good, don’t you think?

What Mr. Randall taught me seems obvious, doesn’t it? The objective of the Don Randall Music Store was to sell musical instruments-not to close in time.

What’s the goal of your business? Do you, or any of your group members, every short-change that purpose under the guise of”following policy”? Are each of your staff members crystal clear on the goal of the organization that they work for? Are you?

A recent survey showed that only 1 worker in seven could name even one of their organization’s most important goals.

Job #1, then, is educating your team on the business’s goals. Don Randall’s goal was selling musical instruments.

Job #2 is to not let coverage get in the method of achieving those goals.